IDF Academy is aimed to cultivate the emerging documentary talents. This program opens to universities, documentary filmmakers and documentary scholars. Under the theme of “The New Generation of Documentaries” it aims to attract and train more talented Chinese directors and to encourage fascinating stories to develop further. IDF Workshop conducts master classes, tutorials and one-on-one sessions, broadening the horizons of the participants while sharing the experience on documentary by the international filmmakers, inspiring Chinese directors and the local talents from Zhejiang, enhancing the quality and professionalism of Chinese documentaries through the founding of a viable incubator for career development and talent training. 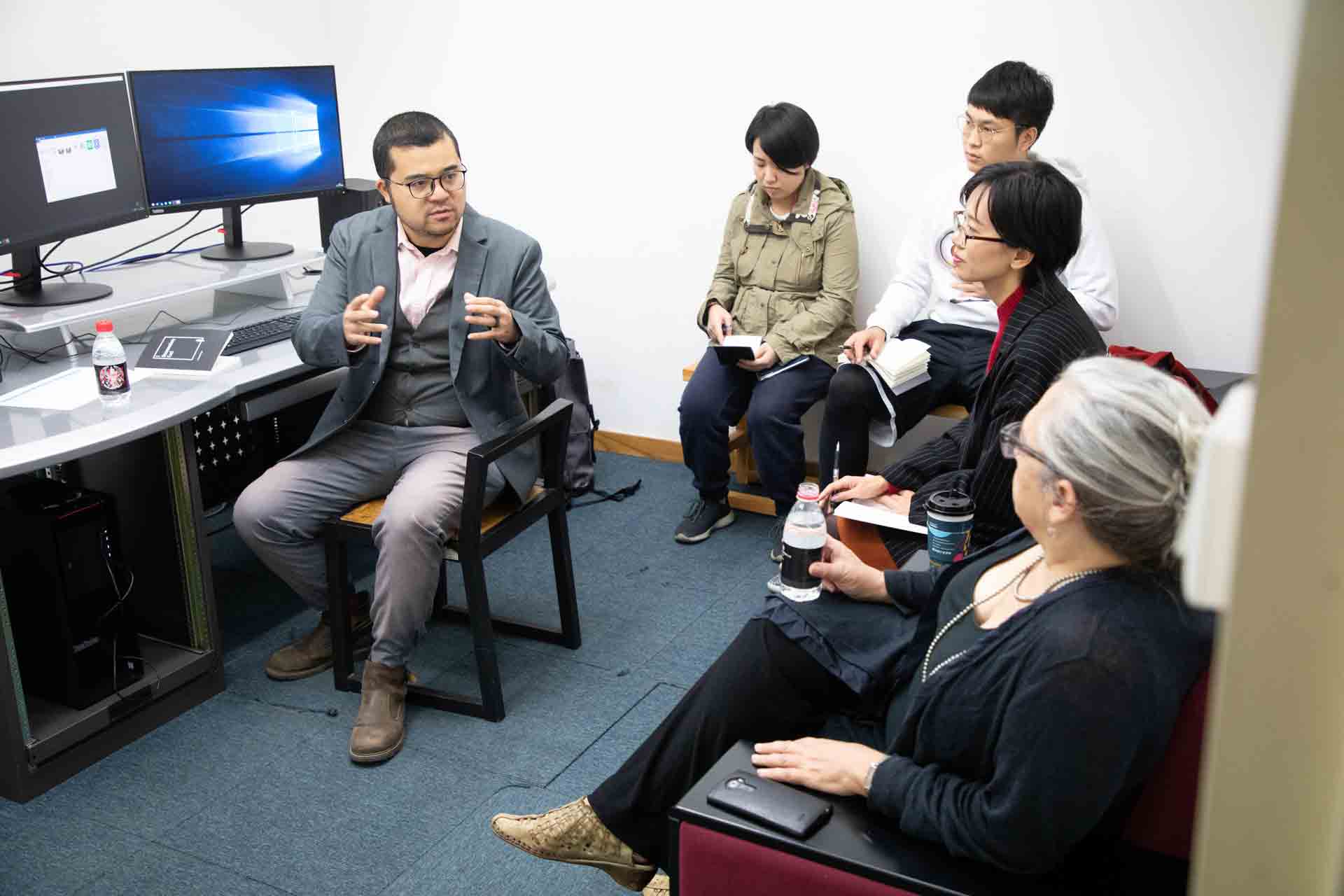 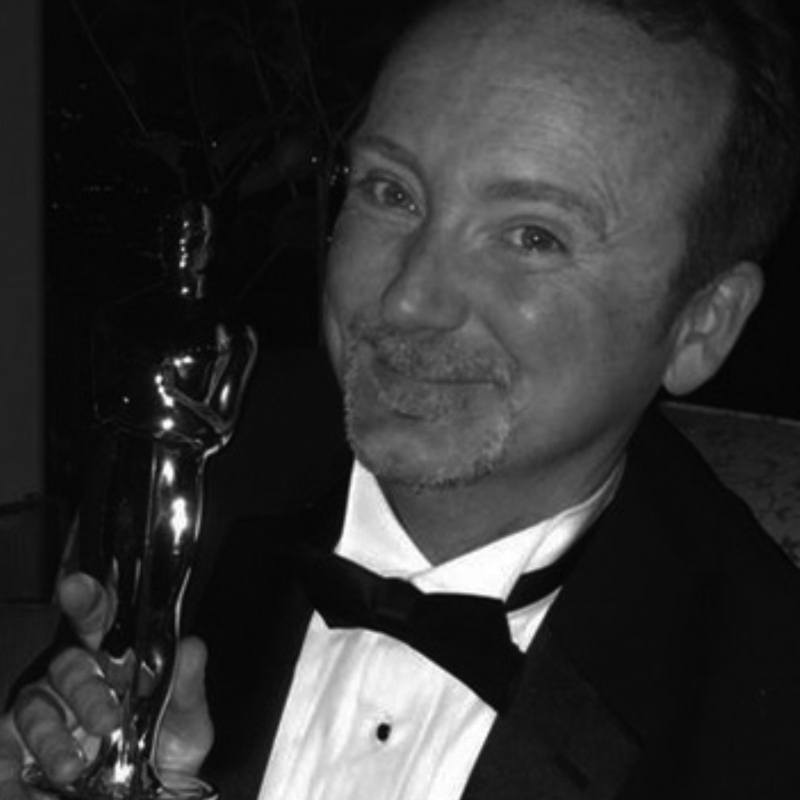 Doug Blush is an award-winning director, producer, editor, writer and cinematographer whose work includes over 130 feature and television projects, and is a member of the Academy of Motion Pictures Arts and Sciences (AMPAS) as well as the American Cinema Editors (ACE).

His recent credits include, as consulting editor and co-producer, the 2019 Academy Award winning Period. End of Sentence, the 2018 Academy Award winning Icarus, and, as supervising editor, the 2013 Oscar-winning 20 Feet From Stardom, for which he also received the ACE Eddie Award for Best Documentary Editing. He was Co-Editor and Associate Producer of Kirby Dick's The Hunting Ground in 2014, and the Oscar nominated and Emmy winning The Invisible War in 2012. Other major recent films include Mr. Soul! (IDA Award Winner, 2018), JIM: The James Foley Story (HBO Emmy winner, 2017), The Music of Strangers (HBO Best Editing Emmy nominee, 2018) Chasing Coral (Netflix Emmy Winner, 2018), The Mars Generation (Netflix, also as executive producer), On Her Shoulders and Dark Money (both Oscar Shortlisted for 2019) and King In The Wilderness (HBO). He is also a longtime film educator with classes and seminars at USC, UCLA, Syracuse University and the YoungArts Foundation in Miami, as well as exchanges and panels in Indonesia, Brazil, New Zealand, Armenia, Malaysia, Nigeria, China, the Netherlands and more. 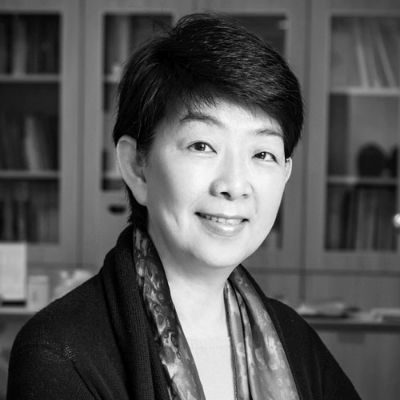 RUBY CHEN is the Co-founder and CEO of the non-profit CNEX Foundation Limited, the CEO of CNEX Studio. She is also the Senior Advisor of Executive Education of CEIBS (China Europe International Business School). She had been working in McKinsey & Company since 1992, and left as the Director of Leadership Institute in China prior to joining Peking University in its Business School (GSM) as the Executive Director for Executive Education in 2009. With her passion to explore talent, support and promote Chinese documentary films internationally, she is the executive producer for almost 90 documentaries, including the award-winning KJ: music and life, Chinese Mayor, A Young Patriot, Plastic China etc.

She is the Executive supervisor of Chinese Image Visual Industry and Creation Society. Her profession and experience has been recognized by the global. She is also a member of The Academy of Motion Picture Arts and Sciences (AMPAS), as well as the selection committee of documentary in the Oscars.

2019  Workshop Selected Projects
Let's Going to Foreigners' Street
Introduction: In reality, Mr.Sun is a madman wandering in foreigners street amusement park; In the film, he looks like an alien who has descended on foreigner street. The film uses Mr.Sun's actions and observations as explicit clues to integrate different time and space and events of Foreigners' Street. Mr.Sun's travel in foreigners street has gone…
Preview
2019  Workshop Selected Projects
The Cassock
Introduction: The trace records for 108 days tell the story of a pilgrimage disrupted, unfold one's deep desire to become a monk, and present a confused life without any direction. Kuan Yuan quit his job without telling his mother. In a temple located in Sichuan, he got his robe ready and was determined to become a monk. During the year, various di…
Preview
2019  Workshop Selected Projects
Curtain Up!
Introduction: Curtain Up! follows elementary school kids in New York's Chinatown as they prepare for the national debut of the musical Frozen Kids, and begin to discover themselves. Behind the scenes, they face Asian stereotypes, their families' expectations and uncertainties post-graduation. Will they have to let something go? The film unveils dil…
Preview
2019  Workshop Selected Projects
People's Hospital
Introduction: People's Hospital tells the story of a female doctor working in a small-town hospital in China from the eyes of her filmmaker daughter. We meet Dr. Shen, our main character, first as a disillusioned doctor, disappointed in how dehumanizing her job has become. Tired of overwork, mistrust and even violence from patients, Shen eventually…
Preview