West Lake International Documentary Festival（IDF）is a high quality platform for the arts and the humanities that promotes documentaries through screenings, competitions, pitchings, forums and workshops. The festival is held at the China Academy of Art, by the side of the West Lake in Hangzhou every year during the "golden" autumn season.

IDF stands for I Documentary Fact and aims to explore the relationship between documentary creation subjects, objects and methods. The festival is centered on "discovering documentary subjects, designing experiment s for youth, holding high the will of the people, and reshaping the poetry of oriental culture". Furthermore, IDF promotes the values associated with honest observation and humanitarian responsibility. IDF encourages reflection on human existence, especially in the natural world, through the lenses of documentaries. Through this form of record we can also think about the inheritance of culture through changing times, about the artistic expression of oriental poetry in a pluralistic society, and about initiating the return of documentary to its authentic core, returning us to the positive values of humanistic care.

The 5th West Lake International Documentary Festival (IDF2021) will be held from 22nd to 25th Oct. 2021, in Hangzhou, China. IDF2021 consists of  IDF Competition, IDF Pitching, Glory of Documentary Screening Section, IDF Forum and IDF Academy, which will invite documentary filmmakers, production companies, distribution companies, scholars and media from home and abroad to gather by the West Lake, Hangzhou to share the glory of documentary.

This section conducts an open call for submission and recommendation by international film selection consultants. After evaluation by academic committee, 20 documentaries will be selected for IDF Competition to compete for grand prizes including feature-length documentaries, short documentaries and documentary series.

This section is aimed to cultivate the emerging documentary talents through master classes, tutorials and one-on-one sessions with the advisers.

This section focuses on the screening of outstanding international documentaries and the post-screening Q&A with the director. 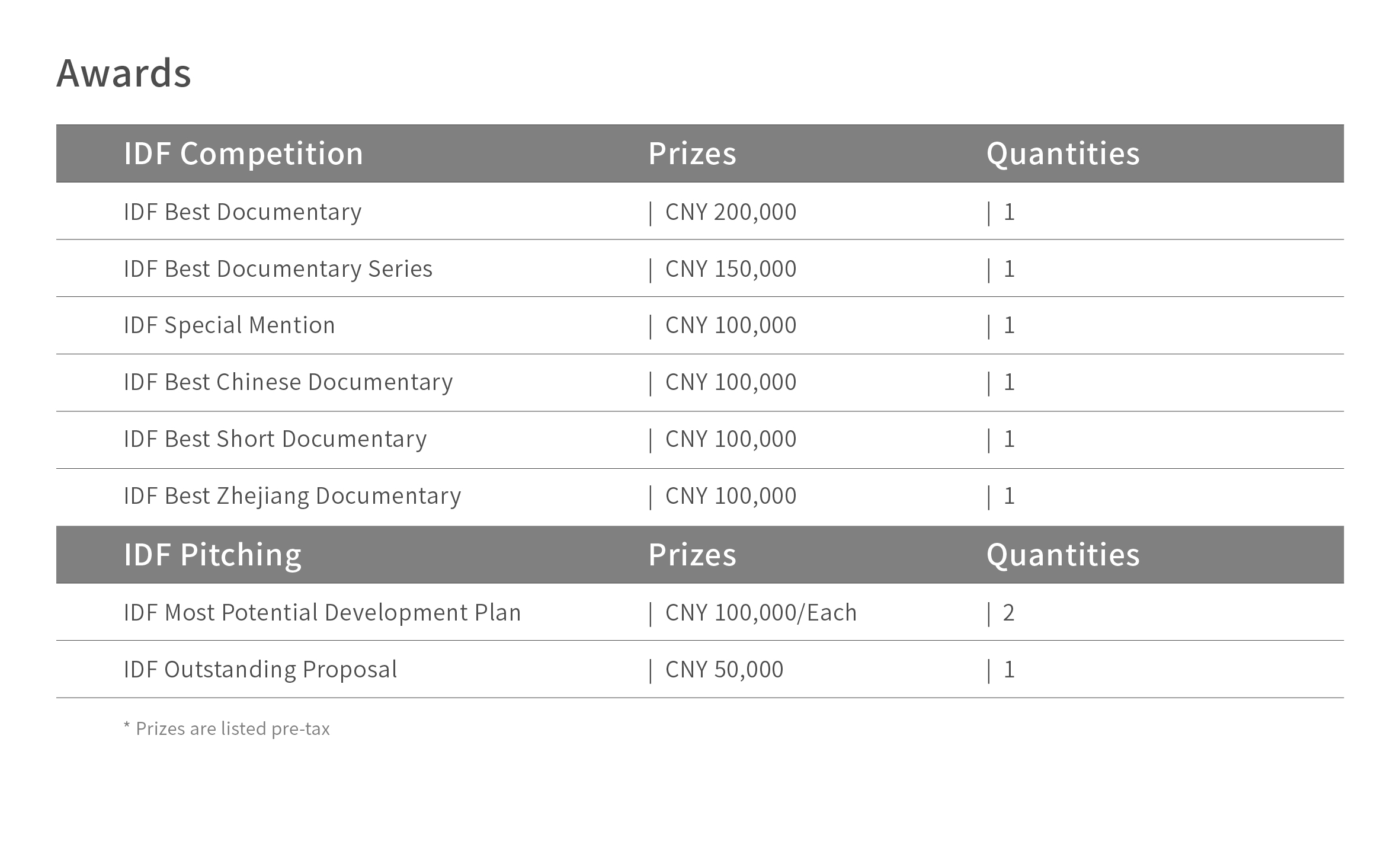